A journalist’s guide to interacting with children

Ally Marotti is a reporter for the Cincinnati Enquirer covering breaking news and some public safety. After graduating from Ohio State University, she joined the Enquirer in September 2013.

In June, she reported on a story of a bridge crash that involved two young children. The 9-year-old girl survived and, with the help of a passerby, pulled her 4-year-old nephew out of the car, who was killed on impact by the crash.

As a reporter going into the tragedy, Marotti said she was nervous about the effect she would have on the 9-year-old girl. “(She) hadn't really had time to accept what had happened and cope with it, so I was nervous that I would interfere with her healing process and make it even more traumatic for her,” Marotti said.

A 4-year-old boy was killed Saturday night in a rollover crash on Clay Wade Bailey Bridge. Logan Mitchell had already stopped breathing when a passerby helped 9-year-old Raine Mitchell cut him out of his seat belt and pull him from the flipped car.

At some point or another almost every journalist will have to interview or photograph children. Here are some tips to keep in mind when covering minors.

Another good thing to remember is that once published, the story and information about the child will be searchable online everywhere, Marotti said.

After the wreck, Marotti spoke with the family and the 9-year-old girl about the crash. “When I was with her, she was surrounded by family and probably felt more comfortable,” Marotti said about speaking with the girl.

Several years ago Al Tompkins, of the Poynter Institute, and Bob Steele, most recently of DePauw University, put together guidelines for interviewing juveniles. If a parental figure isn’t nearby, they suggest giving the child your business card so the parents can contact you if they have an objection to the interview or photo being used.

In their guidelines, Tompkins and Steele state the Golden Rule for interviewing children: Do unto other people's kids as you would have them do unto your kids.

How would you feel?

Interviewing a child should be handled differently than talking with an adult. Dennis Hetzel, the ONA executive director, says juveniles are not miniature adults, so the accuracy of their recollections is even more suspect, and they shouldn’t be used as single sources of important information in a sensitive story.

Because of this, it’s a good idea for journalists to already know the facts for a story and instead use an interview with a child to get a sense of emotions to better tell the story.

“Journalists need to be able to separate themselves from situations, but not so much so that they become insensitive,” Marotti said. When interviewing kids, she said to follow the ethics journalists already use, including the obligation to protect sources.

She suggests having compassion when speaking with a child, especially a situation like the crash she reported. “These types of events are incredibly traumatic for anyone, especially a child,” Marotti said. “So when you talk to them about the tragedy and ask them to relive it for you, it's really asking a lot of them. You're treading in very deep water."

Put yourself in the child’s shoes, and that will help them open up to you, she said. Remind the child that they can answer whichever questions they choose.

“They don’t have a fear of the media, they can give some great quotes,” Marotti said.

But a lot of kids are still shy, so avoid yes or no questions and instead ask neutral questions like: Where were you? What do you remember? What did you hear or see? Then what happened?

Marotti said she tries to turn the interview into a discussion. Avoid finishing their thoughts or sentences during the discussion. “Then you can not only get a good picture of what happened during the tragedy, but what type of person they were,” she said.

Tompkins and Steele also suggest knowing your journalistic purpose of the interacting with the child.

Then, be sure to explain the purpose of the interview or photograph and what story it will accompany. Let them know when you expect the information to be published. But remind them that their names will be with story and not everything they say will necessarily be used.

Interview and photograph in a fairly calm, quiet place. If possible, avoid the scene and any chaos from a crime or disaster if possible.

Keep the length of the interview and the amount of time photographing appropriate based on their age. Be aware, there are major differences when interviewing a 9-year-old compared to a 17-year-old.

Jenna Watson is a photojournalist and summer intern at the Columbus Dispatch, and also a senior at Kent State University.

At the beginning of her internship, she photographed a Columbus preschool program’s graduation. 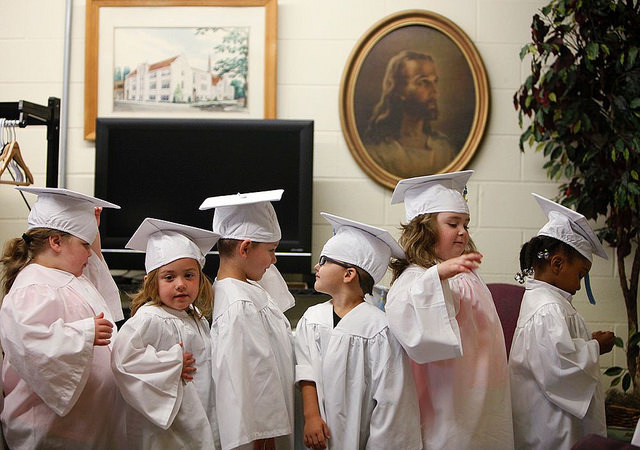 “The biggest key, I've found, is to invest time. The longer you stay, the more comfortable they'll become and you'll see that in your pictures or quotes,” she said in an email. “Keep taking pictures, even if it takes a little while, until they forget you're there with a camera, so that they will act naturally and forget about the urge to pose for photos.” 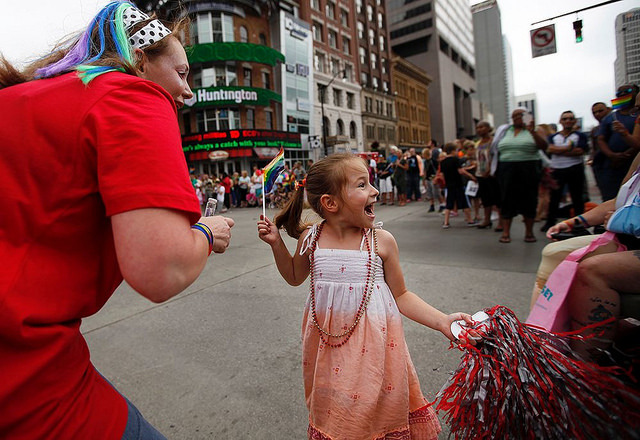 Watson said it is important to make kids feel comfortable when taking their photo and talk to them in a way they'll understand. When you first start shooting pictures, Watson suggests crouching down to their level so it's not as intimidating.

Be sure to also check with your organization’s guidelines and policies about interviewing and photographing juveniles.