Ohio's best newspaper carriers – the backbone of the newspaper industry – were honored at the recent ONA Circulation Conference with the Carrier Achievement Awards.

The selection process is based on a point system, which included: 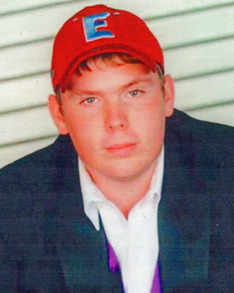 Jacob started with just 21 papers in the small village of Lucky, Ohio. Luckily for the customers he added two additional routes for a total of 64 customers. He states, “I like being a carrier because you get to meet people in the community that you normally never meet”.

In his three years of service, Jacob has only had one complaint. Hilda Reed, Carrier Supervisor states “during that time he has demonstrated his aptitude for “hands-on” customer service”. One of his customers expressed “Jacob is not just a carrier to me. He is a neighbor and a friend”.

A Senior at Eastwood High School, Jacob excels academically, has won awards as Outstanding Freshman, Sophomore, and Junior for his participation in the choir. He was awarded the Linette Butler Quiz Bowl Award. He enjoys golf, is a member of the varsity baseball team, student council and National Honor Society. Jacob also assisted teaching Fourth Grade Church class, was a cabin leader for Eastwood’s Sixth Grade camp and was chosen to participate in Buckeye Boy’s State.

Runner Up: Will Kring, The Courier, Findlay, Ohio 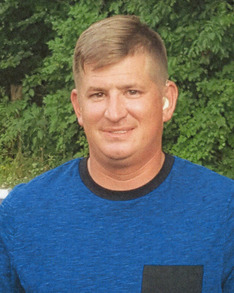 To offset the cost of preschool for his children, Levi began delivering The Courier in Arlington, Ohio. Working full time at the Equestrian Center at the University of Findlay, the early hours required of a newspaper carrier helped assure the needed extra income for his family, but more importantly preserved his time to meditate and spend time with his sons.

Delivering for close to four years Levi has an impressive .22 CPT’s while delivering his 138 customers. “Even being hear impaired has not diminished his ability to go above and beyond” is how his District Manager, Earl August describes Levi. Levi makes it very clear that his success in managing his routes is due to the partnership of his wife Carrie. She helps every day in preparing the papers for delivery and manages any customer service concerns.

When not delivering his route, Levi enjoys the outdoors by hunting, running and playing coed softball. You will also find him playing baseball with his sons or swimming with his daughter. Levi is an assistant track coach at Arlington High School and volunteers at his church by providing Bible Study in sign language. 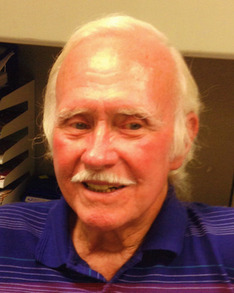 Our Senior Carrier of the Year award winner represents the Sentinel-Tribune from Bowling Green. Homer McIntyre not only represents an outstanding carrier, he represents and outstanding citizen. Homer says,” I became a carrier for the exercise and opportunity to meet a lot of nice people”. In his case the opposite is true - he became a carrier so that a lot of nice people could meet him. One of his customer states, “He is prompt and very conscientious of all weather conditions. He far exceeds some of my previous carriers.” This 83-year young senior carrier has done much to inspire all of us. Delivering for the past seven years to his nearly 40 customers speaks to his dedication. Having a zero CPT speaks to his service.

Randy Machan, Circulation Director describes Homer as follows, ‘If Homer would not be a Sentinel-Tribune carrier, he would still be an inspiration’. Homer has served our country in two wars - Korea and Vietnam. He obtained the rank of Sergeant Major, the highest enlisted rank in the US Army. He has been recognized for Meritorious Service and received the Army Commendation (Third Oak Leaf Cluster), The Bronze Star and the Purple Heart.

When he has time Homer like watching sports and playing golf. He is a member of the Am-Vets, Disabled American Veterans, Korean War Veterans Association, American Legion, Elks Lodge, and Eagle Lodge in Bowling Green. He is also a life member of the VFW and Military order of the Purple Hearts.